Black Swan and the Elephant in the Room

All the self-experiments, studying and readings about improving myself, becoming a better person, being an athlete, consulting clients, managing global teams and coaching individuals led to one single denominator: Character makes the difference. In winning, leading and especially losing and getting back up from the ground.

If it is so obvious, why are there not hundreds of books about it? Why does nobody say: “You character sucks, you should see a professional to mature?” It is like having the elephant in the room, but no one is addressing it.

In daily life we never talk about character, we take character almost for granted or ignore it at all. But in times of crisis, breakdowns, loosing, divorces, scandals true character unveils. As the former German chancellor Helmut Schmid said: “Character shows itself in the crisis.” In time of COVID-19, character is back on the frontline. Bavarian’s minister president said, when he had to lockdown the state: “This is a character test.”

It seems, that having character is important as it can have a tremendous impact on the person’s life, attitude, environment and successes (use your definition of success) in life. Yes, and even on society. A society, which does not show character in a crisis is probably doomed.

Back to the Black Elephant.

A ‘Black Elephant’ as was explained to Thomas Friedman from his New York Times report of the World Parks Congress and later used in his book “Thank you for being late”, is “a cross between a ‘black swan’ (an unlikely, unexpected event with enormous ramifications) and ‘the elephant in the room’ (a problem that is visible to everyone, yet no one still wants to address it)…”.

One day, it struck me my like lightening, this is perfect for describing character and character development in a simple picture: Address the obvious (a poor character, the elephant in the room), develop character and have a massive unlikely improved individual afterwards (black swan event), which can have enormous positive ramifications.

Few moments later – BLACK ELEPHANT COACHING was born. I debunked character in its basic components and created a coaching approach, which focuses on character development. Good character is way too important to be just a coincidence and there is no need to wait a lifetime, fight in a war, be a global leader or someone super-special to develop a solid, mature and humble character. Trust me on this. 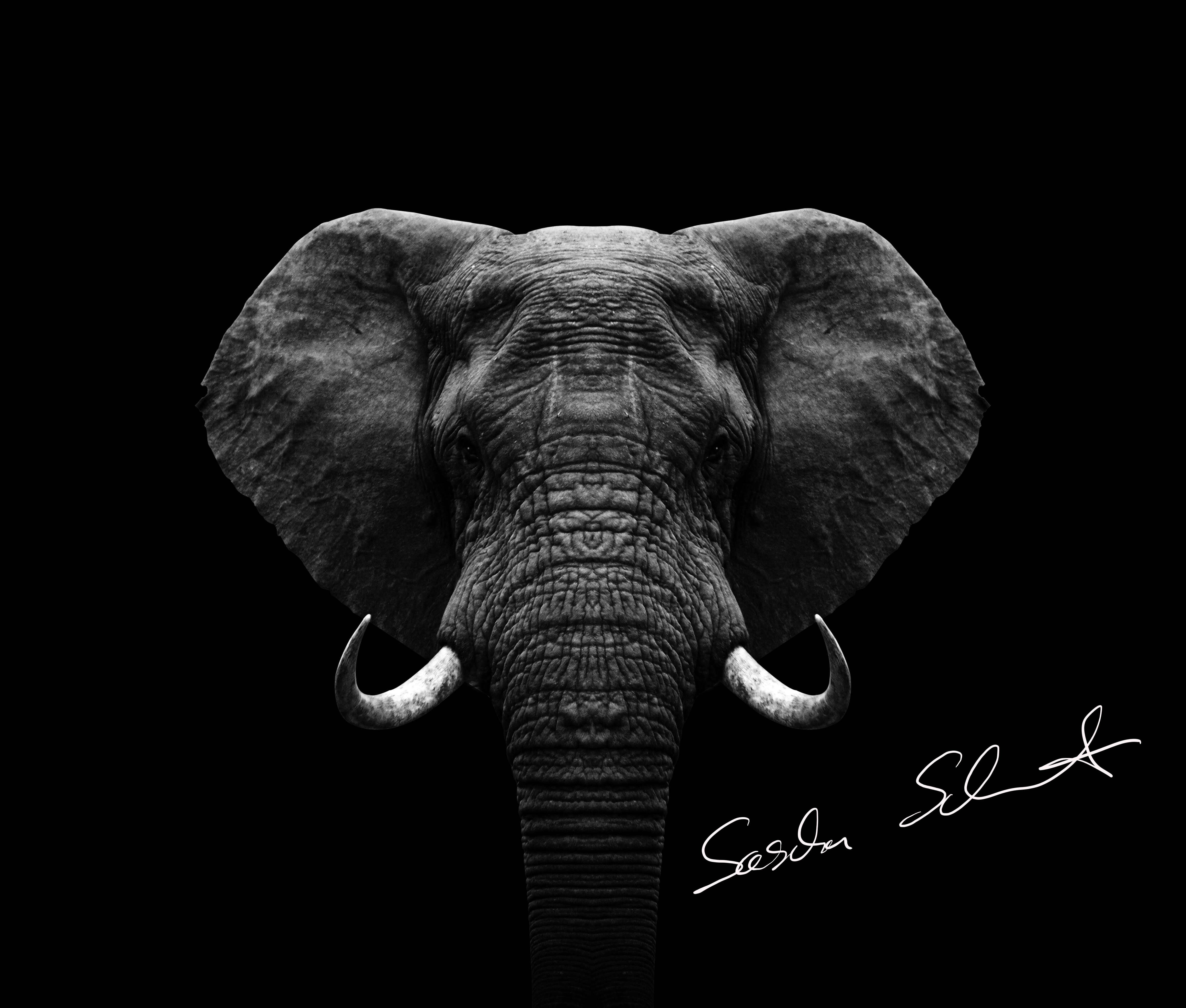 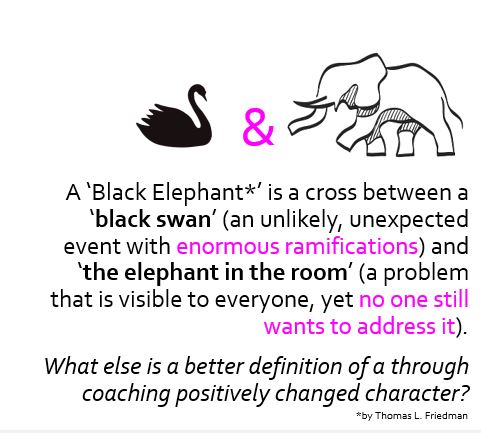